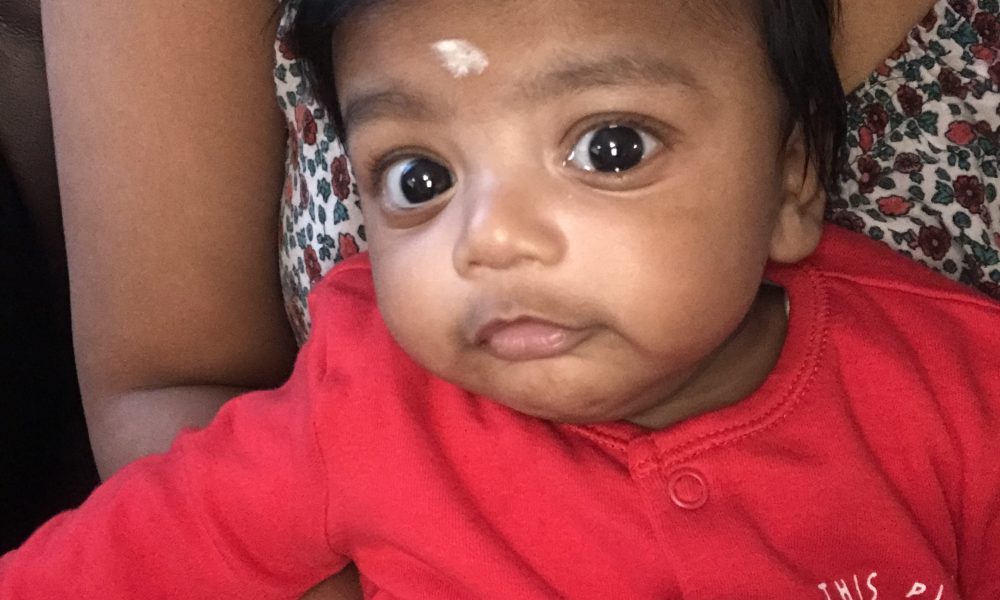 Tharshi’s son Kesavan arrived in the world in November 2020 after sudden onset pre-ecampsia ar 34 weeks. Here is their story in her words.

My pregnancy was going smoothly up until my 32 week midwife appointment where my midwife noticed that my blood pressure was drastically high and protein was present in my urine. Prior to this, I had swelling on my feet, which I thought was normal pregnancy swelling as well as pain near my rib area; which I brushed off as muscle pain. I must also mention that at my 12th week scan, low pappa was noticed and I was on 150mg of aspirin since. I was rushed off to the hospital and diagnosed with preeclampsia. I appeared healthy and had no symptoms otherwise. To measure the severity of it, I had a new test which measured the amount of placenta growth factor hormone. Levels indicated that the placenta was failing and that baby had to be delivered within 10 days.

However, these were not enough. Within a matter of days, test results showed that the preeclampsia had become severe, affecting both the health of me and baby. The only cure was to deliver the baby. This was a great shock to me as he was only 34 weeks. This resulted in baby Kesavan staying in the NICU  for 2 weeks. Throughout his stay, he was on a ventilator, incubator, had jaundice and a feeding tube inserted. Those were the most difficult 2 weeks.

I thank God that Kesavan left the NICU as a healthy baby, this is not always the case. There are many women who are unaware that they have pre-eclampsia resulting in maternal/fetal complications and even death. This gave me the drive to want to raise awareness of pre-eclampsia, to spread the word as by another being aware, a woman’s life could be saved. I am doing a charity walk for APEC to raise awareness and save lives as well as am hoping to volunteer via many other means.

Link for my charity walk: https://www.justgiving.com/fundraising/tharshinesan