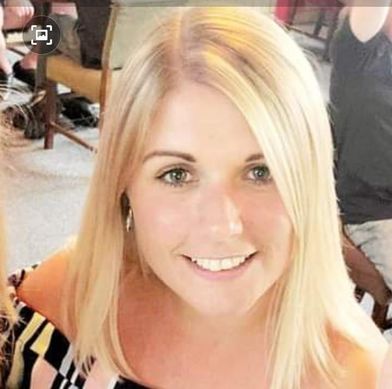 Kelly had what was eventually diagnosed as HELLP syndrome very early on in her pregnancy. 9 Years later, she still remembers how terrifying and traumatic it was.

On Thursday 1st March 2012, at exactly 15 weeks pregnant I finished work and began to experience what felt like indigestion, later I found it very difficult to get comfortable and barely touched my evening meal as I felt very full and bloated. I assumed this was normal pregnancy symptoms as I had nothing to compare it to. That night I couldn’t sleep, I was in so much pain-the same feelings as before but more intense. The middle of my lower chest, between my ribcage. I was also experiencing upper and lower back pain and shoulder pain. I took paracetamol to try and ease the pain, but it didn’t improve. The next day I didn’t go to work as I was so tired and still in pain. Over the weekend these symptoms came and went and weren’t too troublesome until the Sunday evening when the same happened again, only worse. I couldn’t bare it anymore and phoned 111 for advice, because I had mentioned chest pains, they sent an ambulance and I was taken to A&E. There I was told I had a urine infection and was given antibiotics, there was no thought it could be HELLP syndrome as it “never” happens this early. I was sent home, as we later found out with a misdiagnosis. As the days passed, I still didn’t feel right, to the point I didn’t go to work again and was in tears by the Thursday. I went to my GP to request another blood test as I was told in A&E I had elevated liver enzymes (a huge clinical symptom of HELLP).

Friday 9th March- I went for my blood test and the nurse tested my urine, this showed high levels of protein. Because of this I was called back to the doctors that afternoon, by which point I felt the worst I’d felt. I’d never felt so terrible in my life. My blood pressure was seriously high, and I was immediately referred to the gynaecology ward at my local hospital. I was given intravenous fluids, had my blood pressure checked every 15 minutes, they collected and tested my urine each time I passed and I had regular bloods taken. I hadn’t a clue what was happening and was scared and alone.

Saturday 10th March- Whilst the same testing and monitoring continued a female doctor broke the news to me that whilst still not 100% they thought I had something called HELLP syndrome, that I was very poorly and the only way to save my life was to give birth to my baby but first I had to go for a scan on my liver. She told me that the hospital had be discussing it and that they had been liaising with other hospitals to make sure their thoughts were correct. The reason for this is apparently it doesn’t happen this early! I was confused, I’d never heard of HELLP syndrome. My husband arrived back as he understandably hadn’t been allowed to stay overnight. I remember being wheeled down the corridor to have a scan on my liver before they took me to the delivery suite. I was in a sort of trance like state, I couldn’t believe what was happening or what was about to. My husband walked with the midwives and consultant. I’ll never forget the look on his face, tears streaming down his face. When we arrived, I was cool and calm- in shock, I think. I was fitted with a catheter and given intravenous magnesium sulphate to prevent me from fitting, that was awful. I was warned it wasn’t pleasant, a warm burning sensation throughout my body that made me feel sick. I was given medication to control my blood pressure and was induced.

I gave birth at 19.32 after about three hours, (16 weeks, 2 days). It was chaos in the delivery suite, around 7 or 8 members of staff going crazy around me. I felt the life draining out of me. The placenta was overgrown and became stuck, I was unable to deliver it so was taken to theatre, I also had a blood transfusion after losing 3.5 pints of blood. Before going I looked up at one member of staff, dazed but scared out of my mind I asked, “am I going to die?” to which she replied, “you’re going to be fine”. The next thing I remember is waking up back on the delivery suite. That night was horrendous, in less than 24 hours I’d lost everything, and I was having panic attacks reliving what had happened, I’d lost our baby girl, nearly died and was still so poorly. I couldn’t move, I was so weak, hooked up to all sorts of drips and machines and for three days could hear other women giving birth to their babies. Afterwards I was continuously monitored, I’d had that many blood tests they eventually had to try and retrieve it from my feet as my arms were so bruised and my veins had collapsed.

Day four saw me spend the night with my husband in the bereavement suite which 5 years later in 2017 my husband and I raised almost £3000 to have it revamped. Day by day I got a little better, my face and limbs were swollen, I was still on a lot of medication and oxygen, but I was alive.

On Tuesday 13th March I was allowed home. I was on medication for a further 3 months and had various follow up appointments to which the consultant said, “you do realise just how poorly you were don’t you?” my body was shutting down, my organs were failing, and I was dying. Our baby girl went to Manchester to have a post mortem and was cremated Wednesday 18th April. When I look back, I also had migraines and gained excess weight due to fluid retention and pre liver rupture, but I just assumed baby was getting bigger, never did I ever imagine I would lose our baby and be left fighting for my life

It took a few months to recover physically. Mentally and emotionally I still don’t think, nine years on that I’ve fully recovered from the loss and trauma. Since, I have been involved in various activities to raise awareness of HELLP and money for charity.

The NHS previously stated that HELLP syndrome cannot happen before week 20. It can and It did, after contacting the chief executive regarding my experience they reworded this to say “…. And in rare cases before week 20”.

We have since gone on to have another pregnancy, and now have seven-year-old Jake at home with us, our rainbow baby. Whilst Jake is our world, we will never forget Ellissia, nor the ordeal and trauma of HELLP syndrome.

Was I the earliest to have experienced HELLP syndrome at just 16 weeks, 2 days?! Most probably.