A couple’s courage and strength – Vijya and Priyesh 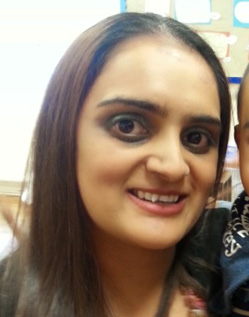 Vijya and Priyesh were devastated when, on 27th September 2012, baby Krishan was born sleeping due to pre-eclampsia. It was early May 2012 when they discovered Vijya was pregnant with their first child, and the thirteen week scan suggested and all was going well. In later weeks, she began to have symptoms of pre-eclampsia, was given medication and admitted into hospital for observations. The twenty week scan revealed the baby was smaller than normal and Vijya was experiencing severe headaches and oedema.

At twenty weeks, Vijya was advised the baby would have to be delivered early for her own safety. Devastatingly, at twenty seven weeks of Vijya’s pregnancy, the baby’s heart beat could not be found and Krishan Priyesh Varshani was born sleeping. He never got to see this world but Vijya and Priyesh decided to raise awareness of pre-eclampsia and stillbirths as a tribute to their “brightest star in the sky.”

Together they have bravely shared their story at two APEC study days and Vijya has now become an APEC Trustee. They now have a beautiful baby boy, Shaylan, and continue to work tirelessly to raise awareness of how devastating pre-eclampsia can be.

The above story is shared by Vijya, mother and pre-eclampsia sufferer. As an APEC Trustee, Vijya has kindly attended our study days and spoken with midwives about her experiences with pre-eclampsia. Both Vijya and Priyesh’s courage and strength has been a huge inspiration to everyone who knows them.