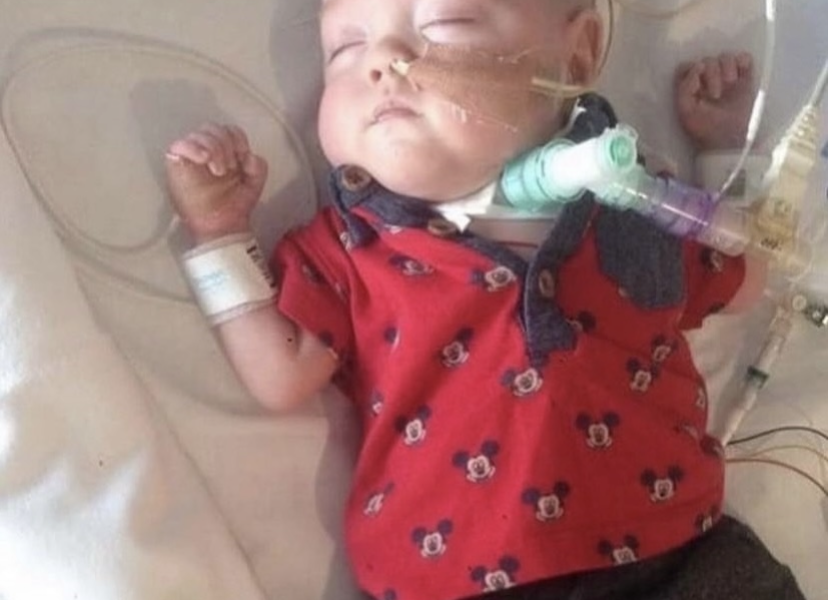 Kody is my third baby.

Two years later I had my second baby, my daughter Lexxi. Lexxi was born at 33 weeks weighing 3lb 1oz as I had pre eclampsia. A few weeks before I had Lexxi my Nan kept saying to me I looked heavy eyed, and she thought I had pre eclampsia. I had never heard of this and as I had a fine first pregnancy I dismissed my nan’s concerns.

I had headaches, saw spots and was swollen. One morning I woke up and my lips were swollen, I had an appointment with my midwife but as I was so swollen I refused to go. I googled my symptoms and pre eclampsia kept coming up, so I got an appointment at the doctors, my blood pressure was taken and I was blue lighted to hospital.

My daughter was in the neonatal unit and needed to be tube fed for 7 weeks until she came home. She’s now 10 years old.

My son Kody was born at 27 weeks plus one day after I went for a routine midwife appointment, I was blue lighted to the hospital. I was diagnosed with pre eclampsia. Weighing just 1lb 10oz, Kody needed breathing support and he needed to be tube fed. He was fed from a bottle a handful of times but it wore him out so ended up just being tube fed. Kody was transferred to Great Ormond Street hospital to see if there was an underlying problem as to why he needed so much help, but there wasn’t, his lungs were ‘on the worst end of the worst scale’.

Kody ended up going to the Royal Brompton hospital in Chelsea, a heart and lung specialist hospital. Kody started suffering with pulmonary hypertension, his lungs were putting pressure on his heart. He had a tracheostomy to try to help, but nothing did. At 7 months old Kody lost his battle and became an angel.

I’ve since had a daughter who has a heart condition, I was told to expect her to live until the age of 6, she’s doing well at the moment. When she was born I was in hospital from 28 weeks so they could manage my blood pressure, until she was born at 36 weeks plus 3 days via emergency c section.

To raise awareness of pre eclampsia I share Kody’s story wherever I can.

I tell people about mine and my children’s journeys so people know how different pre eclampsia can be each time.