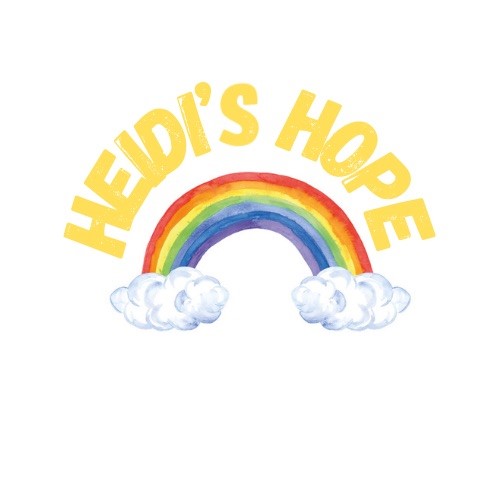 She was seriously ill with HELLP syndrome in 2020 and her daughter Heidi was stillborn at 37+6 weeks.

March 2020, the month we discovered we were pregnant with out first child and the month the UK went into lockdown due to covid 19. I attended our first scan in May and due to the restrictions placed on hospitals had to attend this scan alone, luckily for us baby was healthy with a beautiful heartbeat and measuring 13 weeks 1 day. In June we booked a private scan as one additional personal was allowed to attend these scans with you. Andy was so excited to finally be able to see our baby and hear their heartbeat. This scan was a lovely experience and where we found out our baby was a girl- from that day she was our Heidi. We shared the news with family and friends who were overjoyed for us and said they always thought we would be parents to girls! Our 20 scan showed that all of Heidi’s organs were great and she was developing just as expected, again this scan was attended alone. Navigating pregnancy throughout a pandemic was difficult; it was lonely, scary, confusing and the uncertainty of hospital restrictions was always on our minds. I suffered with a lot of pregnancy symptoms but medically I had a great pregnancy up until 36 weeks.

36 weeks- I attended my normal midwife appointment and complained of a slight pain under my ribs. My midwife thought this could be due to baby being in a breech position and her head being under there. When she measured my bump she was also concerned she was measuring at the same size as my previous measurement so sent me for a growth scan. This was arranged for the next day. I attended the scan and all was fine, baby was measuring 5lb 9oz and it was noted that the placenta could not be seen due to babys positioning, she was in a head down position. I had a chat with the consultant who believed the pain could be bad heartburn and booked me in for another growth scan at 38 weeks.

The next night I woke up at 2am with a moderately heavy bleed. I called the maternity unit and they said to come down straight away. In a state of panic me and my husband rushed to the hospital, we were taken straight into a triage room and put straight onto a machine where baby’s heartbeat could be heard straight away- this sound was such a relief. I had an internal examination that confirmed my cervix was closed and I was then admitted for 24 hours, I was given an injection to help support babys lungs in case she had to be delivered pre 37 weeks. As I was being admitted I also had to have a covid test. Andy was allowed back to visit for 3 hours the following day. I regularly got to hear babys heart beat whilst I was admitted and my bleeding had stopped however very surprisingly my covid test returned positive. Andy was asked to leave straight away and told he was not allowed to return to the hospital for 14 days even if I went into labour, this shocked us both as I was the one who had tested positive. The following day I was discharged from the hospital. Andy subsequently went for a covid test which came back negative.

We were now home and having to isolate for 14 days. The pain under my ribs was slowly getting worse and after a week of being in pain and multiple calls to my GP and 111 it was recommended that an ambulance be sent. We did call the maternity triage unit but they did not feel it was something I needed to come in for. When the ambulance arrived the two paramedics were lovely however they had not been informed that I was a) pregnant and b) covid positive. They checked my blood pressure, blood sugars etc. and all was fine, I was feeling very unwell by this point and do not remember everything that happened.

I was taken into A&E, I was left here for a couple of hours as no one was available to enter the room due to me having a positive covid status- this time in A&E was the worst experience I had from the hospital, I still don’t know why I wasn’t admitted straight to maternity. After a couple of hours I was moved to the maternity unit.

I was admitted into the maternity unit and a midwife first checked for baby’s heartbeat. As soon as she placed the doppler on my tummy and there was no sound of heartbeat I had the worst feeling I have ever experienced before. A doctor was brought in to do a follow up scan that confirmed our baby had passed away. I then had to phone my husband who was nervously waiting at home and tell him the horrendous news. He was then finally allowed to drive to the hospital to be with me (he doesn’t know how he made that drive in but he did). I don’t remember much of what happened next in the delivery suite but Andy and the midwives/doctors have helped me piece it all together. I had gone into labour on my own and was 2cm dilated and the plan was originally to induce me so that I could give birth to our daughter. I was in a lot of pain and looked visibly poorly. I had bloods taken and when these came back they showed the first signs of what I would go on to be diagnosed with- HELLP Syndrome. My bloods were continually taken and each time they were showing a worse picture. HELLP is part of the same set of conditions as pre-eclampsia and the only way to save my life was to deliver the placenta as soon as possible. By this point the room was full of consultants from obstetrics to intensive care doctors. As I was wheeled to theatre Andy said to me that “I have to wake up”.

The senior registrar asked if she could wish Heidi Happy Birthday when she was delivered and of course I said yes. I then had to lie on my side whilst a central line was put into my neck for the blood transfusion I was going to need. My blood was so thin due to my decreased platelet levels that my neck was the only place they could flush a cannula through. A wonderful anaesthetist called Lauren had been with me in the delivery room and I had asked if she could come to theatre with me, she laid down next me under the sterile sheet as the central line was being put into my neck, I had to be awake for this procedure as I wasn’t quite stable enough to be put to sleep yet, the last thing I remember seeing is Lauren’s gold necklace with her name on.

I woke up 36 hours later in ICU after being intubated. During the surgery they were worried I had an extreme bleed on my liver, however I was given uterotonics and the bleeding was settled. I have an additional scar to my c-section where they needed visibility of my liver. I had a red blood cell and platelet transfusion. Heidi was delivered and was perfect, she weighed 6lb exactly and had a full head of dark hair. One of the midwives in theatre took photos of her and straight away took these down for Andy to see.

In ICU I had an ECHO performed which showed my heart was working to 30-40%. The normal function for an adult is between 55-65%. I also had fluid on my left lung and woke up extremely swollen. The doctors advised me to remove all of my jewellery before surgery as they knew this was going to happen.

Due to the amazing persistence of our midwife Zoe, Andy was able to come and visit me in ICU something which during the time of Covid 19 was not a certainty. I don’t remember much of my time in ICU but the nurses were wonderful. I did suffer with hallucinations but am told this is normal due to the anaesthetic. After one night in ICU I was moved down to the Nightingale Suite where Andy was able to stay with me for the week I was admitted. We were also able to have our precious Heidi with us. I was so scared to meet her, worried about what she would look like but she was perfect. Andy had picked clothes out for her, put a nappy on her, taken photos, taken her hand and foot prints. All this was done without me as they weren’t sure when I would wake up. I can’t imagine how my husband felt at this point, having lost his daughter and having the possibility of loosing his wife too. He really is the strongest man I have ever met.

I was on IV antibiotics for 2 days and then these were switched to tablets, I was also taking painkillers(oxycodene,paracetemol,ibuprofen), iron tablets, ramapryl for my heart and 6 weeks worth of injections to prevent blood clots. I had a haematoma on my liver (blood clot/bruise) which was to be conservatively managed.

None of the physical pain came close to the emotional pain I felt from loosing Heidi. The Nightingale Suite allowed us to spend every minute with her for 7 days. This time was so precious, getting to cuddle and kiss our daughter, the little girl we love more than anything in the entire world. We showed her our wedding video, we danced with her to our first dance song from our wedding, we told her all about the people who loved her, we watched Mulan with her and knew this was her Disney Princess- a real fighter.

Leaving hospital without her was the hardest day of my entire life. We saw dad’s coming into the hospital with empty car seats ready to take home their new little ones and it stung so bad that we were going home empty handed. We set up our Just Giving page whilst with Heidi in hospital and I’m so glad we did as once we were home the strength we had from being with her had disappeared and all we felt was empty.